What Is Intermittent Fasting (IF)? 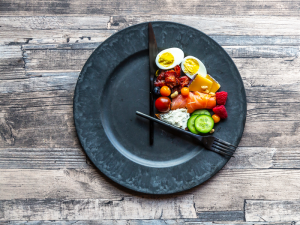 Intermittent fasting (IF) is a type of eating that alternates fasting and eating periods. It doesn’t say which things to eat, but when.

It’s more correctly described as an eating habit than a diet in this case.  Fasting for 16 hours twice a week or for 24 hours once a week are two common intermittent fasting approaches.

Fasting has been a part of human culture since the beginning of time. Supermarkets, refrigerators, and year-round food were unavailable to ancient hunter-gatherers.

They were sometimes unable to locate food.

As a result, people have developed to be able to go longer periods of time without eating. Fasting is, in fact, more natural than eating 3–4 (or more) meals each day on a regular basis.

Intermittent fasting can be done in a variety of ways, but they all entail dividing the day or week into eating and fasting times. You eat extremely little or nothing at all during the fasting times.

The following are the most widely used methods:

Benefits to your Cells and Hormones

Several things happen in your body on a cellular and molecular level while you fast. To make stored body fat more accessible, your body alters hormone levels, for example. Important repair mechanisms and gene expression changes are also initiated by your cells.

When you fast, your body undergoes the following changes:

It promotes the release of the fat-burning hormone norepinephrine in addition to reducing insulin and increasing growth hormone levels (noradrenaline). Short-term fasting may improve your metabolic rate by 3.6–14 percent as a result of these hormonal changes.

Intermittent fasting affects weight reduction by altering both sides of the calorie equation by assisting you in eating fewer and burning more calories.

Intermittent fasting has been shown in studies to be a very effective weight loss method.

This eating pattern can result in 3–8% weight loss over 3–24 weeks, according to a 2014 review research, which is a large amount when compared to most weight loss trials.

People also dropped 4–7% of their waist circumference, indicating a considerable loss of dangerous belly fat that builds up around your organs and causes sickness, according to the same study.

In another study, intermittent fasting was found to induce less muscle loss than the more common strategy of continuous calorie restriction.

Keep in mind, however, that the fundamental reason for its popularity is that intermittent fasting allows you to consume less calories overall. You may not lose any weight if you binge and eat excessively during your eating intervals.

Intermittent fasting has a number of health benefits for both your body and mind. It can help you lose weight while also lowering your chances of developing type 2 diabetes, heart disease, and cancer. It may also assist you in living a longer life.

Intermittent fasting has a number of advantages, one of which is that it makes healthy eating easier. You’ll spend less time preparing, cooking, and cleaning up after your meals.

Is it safe for everyone?

Fasting is not recommended for people who are underweight or have a history of eating issues. Intermittent fasting may also be hazardous to some women, according to some data.  One study found that it enhanced insulin sensitivity in men but harmed women’s blood sugar control.

Stroke can be avoided by replacing salt with a low-sodium substitute.

COVID-19 : What it is and Why we need to take this seriously

In the Philippines, COVID-19 or NCOV is considered widespread and as of publication, a luzon…

Dementia and Alzheimer’s Disease 101: The Difference and Why it Matters

Dementia and Alzheimer’s disease are often spoken about interchangeably, but they are not the same…